The “Children’s Magic on the Wilder Kaiser” program focuses on fun in the snow. We teach children from 2 years of age in a playful way and we use certified learning methods from the Tyrolean Ski Instructors Association. Under the guidance of experienced ski instructors your children learn all necessary skiing skills.

The learning objectives or expectations that can be achieved are:

There is a very special offer for very young beginners. Minis aged 2 to 4 years can experience their first attempts at sliding with the Mini-Carvern® during the mini taster lesson, accompanied by their parents or grandparents under the guidance of experienced ski instructors. One ski instructor takes care of maximum 3 children.

The children learn a snowplough turn as well as braking in approximately 3 or 4 days of ski course. The focus is on the joy of skiing. The first curves are practiced on easy runs or on slopes with elevated curves. By the end of the week we usually manage the runs on easy blue slopes.

The coordinative and conditional learning ability is optimal and the children can learn to ski. The aim after 1 to 2 days is to ski in controlled snowplough and snowplough turn as well as braking.

In KinderKaiserland®, all children first learn how to control their speed, how to stop and how do to their first curves. When these goals have been achieved, than the children and their teachers can hit the slopes of the Skiwelt Wilder Kaiser-Brixental.

“Childrens`s magic” program: In the land of the “Little Wild Emperor”, legendary stories are told about the KinderKaiserland, which is well over 1,000 meters above sea level. There should even be a golden carriage there, but only those who have previously skied over a wave run on 2 skis are allowed to drive.

Imagine you are out with a scooter. One leg on the scooter and the other one gets a lot of drive. Strap on a ski and lets go to the magic carpet - all on one ski. Fall down - stand up - continue - reach destination and then all over again on the other ski. “Well, if it so much fun with one ski, then it will be much funnier with 2 of them”, says little Jens.

Let`s try on two skis. What does our ski instructor conjure up from his backpack - wow - is that a cool t-shirt. Everyone in the course gets their own Shirt in red and white and on the back is a golden carriage with a green dragon. “That goes really well with my white and pink skis - cool,” says Kristin. But if she thinks it will just go straight on with 2 skis, she was wrong.

The ski instructor shows you how to do it - put both hands up and then all the way back down to the skis - up and down again - that’s how it works the whole way. Suddenly music is supporting them “Put your hands in the air - hey baby” –  it is really fun. On the next trip, Anni, the ski instructor, shows them a new exercise. Left hand up, right hand to the skis and alternating. We’re already real artists on skis.

Wave run - it’s like riding over 7 mountains. Every wave and every hill requires a lot of skill and courage from the little ski artists. But before you can go on the wave track, you have to solve 7 skill tasks under the guidance of SNOKI®. This is a lot of fun and extremely cool.

Winnie Buh Lift - a conveyor belt in the snow. The entrance is a really big mouth from Winnie Boo. We drive into Winnie Buh’s stomach. Just stand still and it is going uphill. To keep your balance, put both hands on your knees. That’s what ski instructor Anni said. But how we are going down?

First run in a straight line

You get out on the bottom with Winnie Boo, haha. There is a small carpet in the snow that you don’t slip away - you can walk comfortably on your skis and choose the right track to schuss.

Skiing in Schuss - that’s really cool and soooooo easy. Both hands on your knees - head forward - make small - both skis next to each other - push off and you ski. At first the ski instructor catches you, but after the 3rd or 4th try you just let it go until you stop yourself. And then try again.

Not become dizzy. We go to the carousel with our ski instructor. Funny figures like a mountain hare, a dragon, a snowman invite us to take a ride. At the back of the figures we can hold on and do laps through the snow. To brake a little, we try our first snowplough. Our ski instructor says “we’re going to do PIZZA now”.

SNOKI®… the legendary “Snow King” is the lovable ruler in the KinderKaiserland. Of course, at the ceremony at the end of the week, Snoki will present each child with a medal and certificate for participation in the final race. The slope license has been acquired. For the kids this means “… off to the slopes of the ski world” 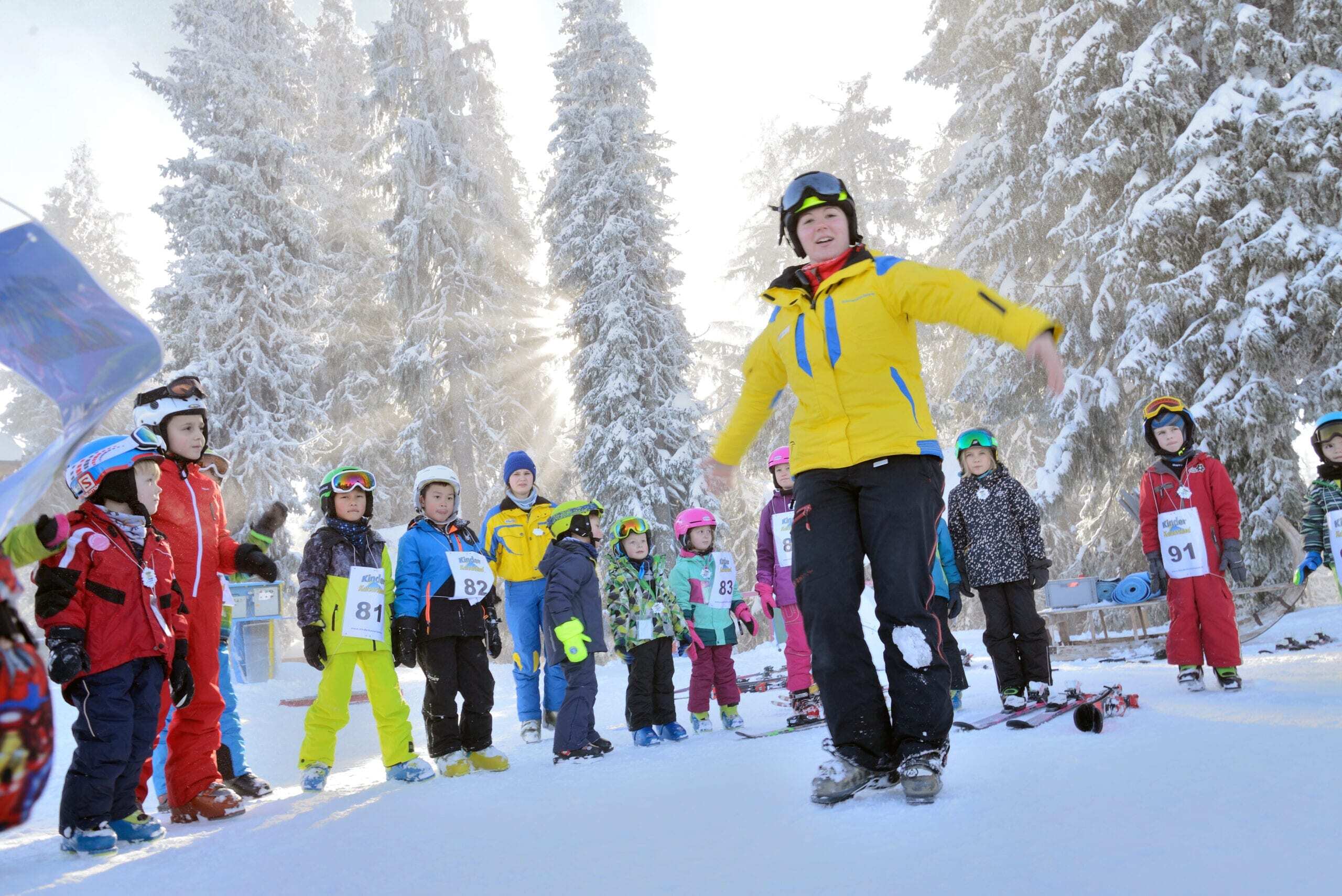 “If you can stop anywhere, then you are a very, very good skier”, says our ski instructor. In the Kinderkaiserland is another magic carpet with which you can comfortably go up. The ski instructors call it the Grottenbahn “the castle lift with tunnel”. Once at the top you are really in a castle made only of snow. A railway with snow bands leads down from the castle.

The ski instructor suddenly calls “stop” and you simply make a pizza with your skis - the back of the skis apart and the front together - and you’re stopping. It doesn’t always work right away because you sometimes sit down on your pants. Anni has a special reward for every “brakeman” - gummy bears. And the snow splashes up when you make spicy pizza.

Those who are already really good at pizza will be tested for their “slope maturity”. If it works you can go skiing outside of KinderKaiserland with the ski instructors. For everyone else, go to the Schlangenbahn and the rope lift.

Cable lift: “You have to become really good friends in the ski course”, says our ski instructor. And because we’re really happy, we let ourselves be pulled up on a rope. Hold on with one hand and go upstairs. And from above, you ski through colored arches as well as red, blue and yellow poles. Then the wave run and the final race are waiting for us …

The ride on the “golden carriage” for the children’s emperors: Uihhh… the head of the ski school comes in person - he rides a green dragon with a golden carriage. “Now you are all members of the imperial ski empire and of course you get the crown and are allowed to take a seat in the golden carriage. We are now going on a big lap and you can take a closer look at all your stations ”, says the coachman. “And as little wild emperors you have the right to explore the slopes in the Kaiserwelt together with your ski instructor.

“The treasure hunt is waiting”, he says promisingly. Further attractions are ski race and award show and black slopes…. Royals Trophy … AlpenIgluDorf … and … after the ride with the carriage, SNOKI is already waiting and inviting you to the daily SNOKI DANCE … it is a specially composed Snoki song and from day 2 the kids can do the movements., even in ski boots … and at the award ceremony on Friday evening in the town center, the Children are proud of themselves. 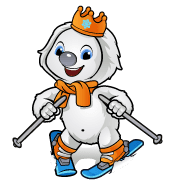 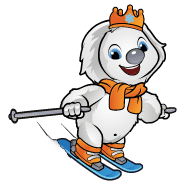 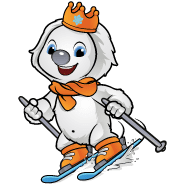